Greg Hay of Peregrine Wines set up Chard Farm in Central Otago in 1986. We find out how the Otago wine region divides up and how Greg has been played his part in its success.

In 1986 there were just 40 wineries in New Zealand. Now, in 2008 there are about 580 labels. Back then there were 10 in Marlborough - Greg and his brother thought that was a bit crowded so why not try Otago instead where no real benchmark existed. When they set up Chard Farm there were just 4 small producers, the pioneers of the wine region: Rippon, Gibbston Valley, Black Ridge and one other. They planted 2 hectares, doubling the region's vineyards. In 1997 Greg left Chard Farm and, after getting his helicopter pilot's license, decided to start again from scratch in 1998 setting up Peregrine Wines. His time at Chard Farm gave him a good idea of the aspects and soil types of the region and so he knew to spread the vineyards out, sourcing fruit from 12 vineyards in Gibbston and Cromwell sub-regions, sometimes up to 18 vineyards.

The main 4 sub-regions are Gibbston, Cromwell, Wanaka and Alexandra basins. Gibbston is the most westerly of the regions and is defined a shared group of cliffs by the famous bungee jumping bridge over the Kawarau river and the Nevis Bluff at the other end. In the North of Otago is Waitaki, a new sub-region. Craggy Range, Waitaki Braids, Forrest Estate and Valli are good examples of wines from this area.

Otago is an alpine area with a continental climate unlike other New Zealand regions which are maritime. There are 4 ski fields on the doorstep. It gets very hot in summer - 35 degrees regularly but down to -15 degrees in winter. During crossovers between autumn and spring the vines are susceptible to frost. Windmills are being used to speed up the air and pull it down to the ground where it is warmer. 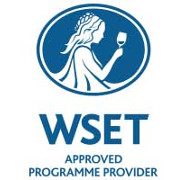 Tools to improve your tasting skills and pass the WSET L3 Award in Wines Tasting Paper, from £10.

Over 500 multi-choice & short written answer questions to help you pass the WSET L3 Award in Wines, available for £20.

I thought the questions were excellent, an extremely valuable revision tool. They really helped highlight areas I thought I had revised and understood but clearly had not, which has enabled me to focus on key areas to revisit and study before going into the exam... I think it is a great resource and an essential revision aid for any WSET 3 students wishing to gain a competitive edge and successfully pass the WSET 3 exam.

I just wanted to say a big thank you for your outstanding website. It was a key factor in helping me pass WSET level 3 and I really appreciate the time and effort you have put in to make it so much easier to study. Thank you once again

I just wanted to say a big thanks for your great attitude and professional, straightforward tuition which helped me pass the exam with distinction.   It was a great course with a happy end!