Chapel Down was the first English producer to win a gold medal for sparkling wine at the International Wine Challenge. Its a rapidly growing business, already producing about 50 per cent of all commercial English wine, but with expansion plans that could increase production five-fold by 2010. Chapel Down’s vision is to see vineyards across the Kent countryside, which would not only make for an attractive landscape but also help to stop farmers going out of business as their land use changes to growing vines. German grapes have been the backbone of its wine - varieties such as Reichensteiner, Bacchus, Muller-Thurgau and Schonburger - but the company is shifting towards the Champagne varieties, like Pinot Noir, as demand for its fizz increases. Currently, about 35 per cent of its wines are sparkling but the company says that is likely to rise signficantly in the future.

The English weather may be the butt of international jokes, but the island climate, warmed by the Gulf Stream, means that England can grow vines successfully at a latitude of 52 degrees 40’ North, which is more northerly than either Germany or France plant their vineyards. In fact, wine has been made in the UK for well over 1,000 years. But it can be difficult to ripen grapes this far from the equator, which is why vineyards are concentrated in the warmest southern counties of Kent and Sussex and only relatively early-ripening varieties are suitable. The majority of wine is white, with Muller-Thurgau, Reichensteiner, Bacchus and Seyval Blanc being the most popular varieties, while red grapes include Pinot Noir, Dornfelder and Rondo. Bottle-fermented sparkling wines, however, seem to be England’s strongest asset and are competing well in quality terms with Champagne.

England was introduced to vines and wine by the Romans. By the time of the Domesday book ( 11th Century) there were 38 vineyards sited. During the Middle Ages, though, cheaper imports were available, and English wine took a downturn. The remaining vineyards disappeared at the end of the 14th Century when a relatively warm climate period ended and a mini ice age set in. Fast-forward to 1951, when the first modern commercial planting was at Hambledon Vineyard in Hampshire. Today there are over 400 vineyards in England. The majority are situated in the southern counties, particularly Kent, Sussex and Surrey. Hundreds are tiny boutique wineries with insufficient production to afford the latest winemaking equipment, and making at best drinkable, often expensive wine.

This is gradually changing, with a quiet revolution underway on the English wine scene. Significant investment by well-funded individuals and consortia mean that there are now several producers carving out a niche. These include Nyetimber (sited in the Domesday book), Denbies, RidgeView and Three Choirs. All are producing commercially viable quantities of wine and have been established long enough to be able to produce some good wines at reasonable prices. Nyetimber gets rave reviews and picks up international awards for its sparkling wines. Chapel Down and Curious Grape are two English wine brands owned by English Wine PLC. The company owns some vineyards but sources the majority of its grapes from over 20 growers in the South of England.

Many in the industry believe that the future of English wine is in sparkling wine. The soils (chalk and limestone) are similar to Champagne and consumer acceptance of Non Vintage sparkling wines helps English winemakers maintain a consistent standard in poor years. The grapes grown so far have been mainly German, cool climate varieties, with typical white varieties being Muller Thurgau (13 per cent of plantings) Reichensteiner (12 per cent), Bacchus (10 per cent). The main non-German variety is the white French grape Seyval Blanc (7 per cent), Chardonnay and Pinot Blanc are also planted. Red grape varieties are far less common as the climate doesn't hotten up sufficiently for most varieties to thrive and ripen well. The main red grape is Schonburger (8 per cent), but there is also some Pinot Noir. 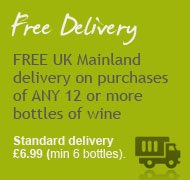 Interviews and News from Chapel Down

Owen Elias from Chapel Down talks to us about winemaking in the UK and how the industry has changed over the last decade from amateur hobbyist to professional business.

Chapel Down is one of the biggest players in English wine. We met up with Guy Tresnan to find out how they are positioning the brand in the UK market.

France takes away most medals in IWC competition

Chapel Down has joined forces with Celebrity TV Chef, Richard Phillips, to launch a restaurant at the vineyard in Tenterden, Kent.

Restriction on number of weddings forces restaurant to close

Rain, rain and more rain means UK vintage close to a wash out

Chapel Down Fizz auction to support the Arts

A 15-litre Nebuchadnezzar of Chapel Down sparkling Blanc de Blancs is to be auctioned at Christie’s to raise funds for a British arts charity.

Chapel Down expand vineyards in response to consumer demand.

Chapel Down launches in US

Chapel Down expands to US

UK producer Chapel Down amazes the Spanish with English Albarino

Chapel Down's Albarino has impressed a group of experts in Spain’s Galicia, the location of Rias Baixas, the home of Albarino.

Chapel Down signs lease to become the UK's largest winery

English Winery Chapel Down has leased 388 acres of land and when fully planted will be the largest UK winery with 950 acres under its control producing 1 million bottles per year.

Chapel Down announces largest loss of over £1 million

Chapel Down, one of the UK's largest winemakers, has seen its loss quadruple from £230,000 to over £1 million.

Interviews and News from Champagne & Sparkling

This week we feature Tony Jordon the CEO of Green Point Australia on the recent release of their entire sparkling range under crown seal.

Pieter Ferreira, winemaker at Graham Beck, tastes three wines with us and explains how they are made. Find out why he makes sparkling wines in barrels and how he prefers his barrels burnt on the inside to a medium toast!

Anna Lopez Lidon is the export manager at Gramona, a Cava producer in Penedes, Spain. We discuss how Cava is produced, the dosage and the debate over international vs local grape varieties.

Josep Baujan is technical director of Freixenet, the world-leading Cava and sparkling wine producer. In the second part of our interview we talk to Josep about yeast selection in Cava.

Mike Roberts of Ridgeview Estate talks to us about his ambitions to create an accreditation for top quality English sparkling wine.

The name Montana is to be replaced with Brancott Estate and a new wine style is to be trialled in 2011.

Russia's first sparkling wine Abrau-Durso has arrived in the UK to be test-marketed via distributor Berkmann Wine Cellars.

Camel Valley on top of the world at International wine competition

The great English plant up is underway in southern England

Sparkling wine sales are outperforming Champagne in the off trade.

Australia is set to benefit from the best growing conditions in the past twenty years but Champagne has seen the worst growing season in decades.

Exploding prosecco recalled in the US

More Sparkle in the UK

Uplift of fizz sales in the UK driven by Prosecco

New single source vineyard guarantee for Cava will be introduced in the sprng.

Bubbly Made In India

What's going on this Christmas with wine?

Champagne producer Michel Drappier has made the first vintage of Pinot Gris Champagne at his property in the Aube.

Torres reject Cava DO for their sparkling wine

Queens makes her own Fizz

The weather in 2021 has simply not played ball with French producers. The Champagne region was hit badly by frost, hail and persistent mildew as well as spring rain which has resulted in yields expected to be down by 45%.

Interviews and News from England

English Wine Week, the countrywide campaign to promote English wines and vineyards, kicks off on Saturday 24th May.

Denbies’ Bacchus 2004 was served at a dinner held for President Bush by the Prime Minister at 10 Downing Street recently.

A still white wine has taken the top prize in this year’s English & Welsh Wine of the Year Competition.

All change at Nyetimber

Vineyard plantings in the UK continue to increase according to the latest DEFRA figures which show there are 1,106 hectares now under vine.

English wine week is 29 May-6 June

English Wine Week kicks off this week from Saturday 29th May to Sunday 6th June with a countrywide campaign to promote English wines.

English wine is getting bigger by the day

Loire wines popular in the UK

Loire wine exports to the UK up in volume during 2012

Game, Set and Fizz at Wimbledon!

Clamp down on smugglers

HMRC clamping down on illicit wine smuggled into the UK

Who had a turkey for Christmas wine sales?

More English wine being produced than ever before.

One Body for English Wines

UK mens weekly alcohol limit now one of the lowest

Iceland to give free beer to England football fans.

Hush Heath Estate are reporting a rise in demand due to Brexit.

The UK Wine Awards is a new wine competition focused on the English and Welsh wines.

Taittinger is the first of the big branded champagne houses to plant grapes in the UK.

English Wine Week is only 2 weeks away with around 90 events taking place all over the UK.

Of the 2.6 million bottles of GB wine sold in 2018 8% were exported. but the main export countries might surprise you.